Ride WA and Middle Earth present a most magnificent off-road route through Blackwood Gorge. It is a 60km course consisting of secret tracks that wind around glacial hills and valleys to an elevation of 1300 meters. The organisers are supplying a support vehicle, halfway refreshments and a few special surprises along the way! There will be Food Options post race. Suitable for MTB, Gravel bikes and CX. The course is described as “Spectacular. Undulating to various degrees.” and features 8 categorised climbs. With a start/finish in Nannup, Holberry House is a perfect accomodation choice. 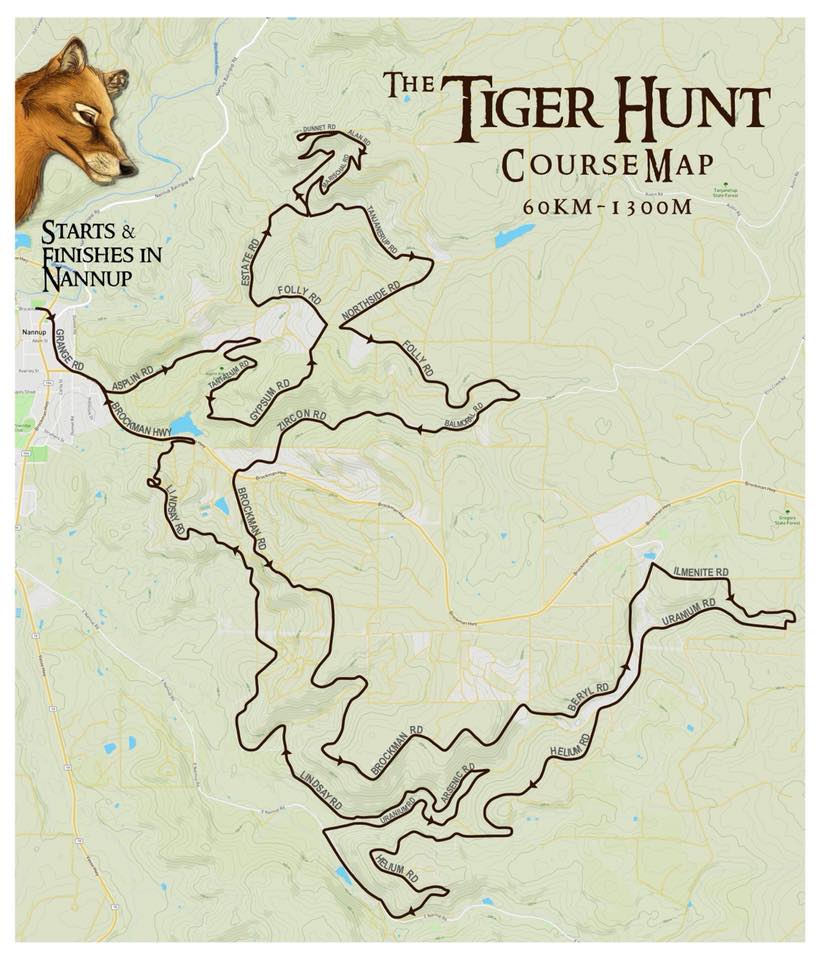 The Thylacine Awareness Group report there have been 50 sightings of the Nannup tiger in Busselton with most occurring around the Vasse Highway, Queen Elizabeth Drive and Jindong.

The nationwide group is dedicated to the research, recognition and conservation of thylacines.

Thylacine Awareness Group member Tarnee Rutherford spends most of her weekends going out to the bush with cameras hoping one day she would get a chance to see the Nannup tiger.

Ms Rutherford keeps a database of all thylacine sightings in WA – which go back as far as 1890 – and identified that Busselton, Yoongarillup, Margaret River and Nannup were hot spots in the South West.

She said the Nannup tiger could be an elusive creature that was perhaps nocturnal, quiet, inquisitive and curious.

“From all the reports and sightings we have received they always say, if the animal saw a person or a car they would wait and watch to see what happened next, and would not necessarily making themselves noticed,” she said.

“They were happy to sit and watch and follow someone.”

Ms Rutherford became interested in thylacines after watching a documentary on the last Tasmanian tiger and thought it was sad that people had contributed to their extinction.

“I woke up one day and thought I would look into it and investigate if people had seen these after they had gone extinct,” she said.

“I joined the Thylacine Awareness Group and realised there had been hundreds of sightings of Tasmanian tigers.”

According to Ms Rutherford, thylacines specimens which have been found around WA were significantly smaller than the Tasmanian tiger.

“I would say there are a lot of differences between the Nannup tiger and the Tasmanian tiger because of sizing differences and there are scientific reports about that,” she said.

People who see strange or striped animals are asked to get in touch with Ms Rutherford on 0421 743 325 or email westernaustraliasightings@outlook.com. 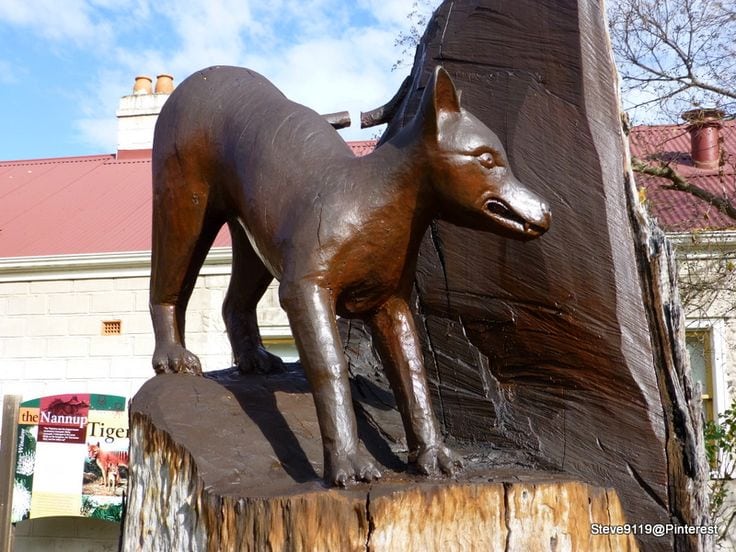